Children On The Playground

8/2022 Recording Session for PARMA with violinist Milan Pala and the BCO! 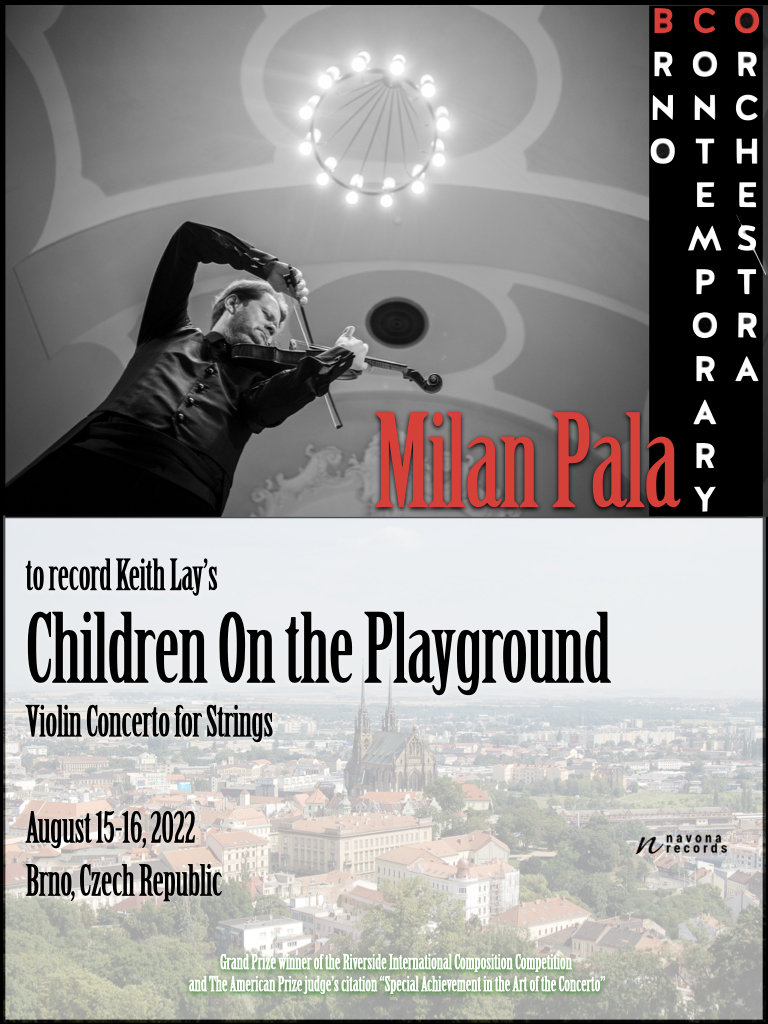 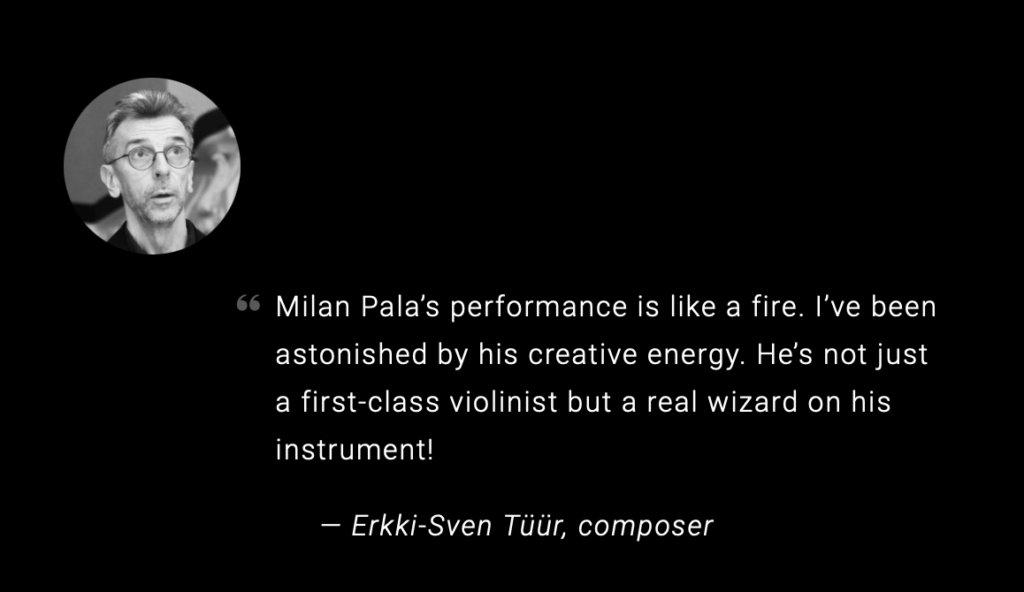 Milán Pala is Europe’s up-and-coming violinist – known for his unbounded energy and passion.

The Brno Contemporary Orchestra‘s recordings under their music director, Pavel Šnajdr  are meeting with critical acclaim across the world of modern classical music, being made up of the best musicians from all of the orchestras of Prague and the surrounding region. 22 strings will be on the recording session.

I have composed an additional 30 seconds of music that provides a more thorough introduction to the third movement, introducing the  child’s “taunt”. With that short addition, the last movement “Follow the Leader” is a better piece.

I am hiring the services of PARMA Recordings to produce, design, market and distribute this work. For Details on my deal and experience with PARMA - click here!
Full Score
Solo Violin Part

NOTE: See a blank page showing up? Refresh it to see the notation.

Children On The Playground is a 15 minute, three-movement Concerto for Violin and Strings that strives to engage its audiences’ imaginations through story and uncluttered composition.

“…It seems his natural language is pretty easy to take, and I think it’s a credit to him that he can write something in a more traditional vein that still sounds genuine and fresh. It’s a lovely, well-crafted work.” – Anthony Korpf, composer, Music Director Riverside Symphony, NYC

In the first movement, “Joyful Play,” the soloist portrays an eight-year-old alpha kid leading a mini-mob of friends. Each friend is represented by one of the five choirs of the string orchestra. These kids are conjuring up something grand and vivid on a schoolyard or in a park somewhere. The solo violin sparks and inspires the other kids’ imaginations into a hugely dramatic, semi-evil, megalomaniacal glory, so typical of kids. The cadenza brings them back down to reality, and the fun continues. I felt the traditional sonata form suited this story nicely.

The best aspect of “On the Playground,” a de facto 15-minute concerto for violin and string chamber orchestra, was its bracing musical language. Mr. Lay has a distinctive compositional voice. – Anthony Tommasini, NYTimes

While creating the second movement, “Yearning,” I remembered my own adolescent feelings of melancholy. I’d seek refuge via rapturous escape in the sky. The luminous sonority of high strings in diatonic clusters is like high-altitude clouds and provides a setting for the long, sweeping solo phrases seeking a soaring deliverance.

… But what makes the music sound up-to-date and not like some pastiche comes from Mr. Lay’s penchant for fracturing phrases. Just when a spiraling melody dancing atop a jaunty rhythmic pattern takes off, it discombobulates into jagged bits and pieces. – Anthony Tommasini, NYTimes

The last movement, “Follow the Leader,” is, as it sounds, a fast frolic. The solo violin cajoles and sometimes runs away from the group, who chase a single step behind. Each string choir imitates the soloist, but entrances are carefully timed to avoid one stepping on the other. This produces a close, stretto canon, like a flock of finches in flight. Each chase ends in happy chaos, thus providing a clear outline of a rondo form. If you listen, you’ll find out if they caught the leader or not.