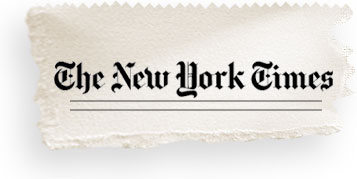 It says something about how few opportunities there are for composers to have new works performed by orchestras that the Riverside Symphony, an adventurous ensemble that typically presents just three programs per season, got such a strong response to its International Composers Competition in 2002. Scores from 74 composers were submitted. On Friday night at Alice Tully Hall, one of the three winning works, “On the Playground” by Keith Lay, received its New York premiere at the Riverside Symphony’s season-opening concert, conducted by George Rothman.

Mr. Lay’s work proved an interesting and unusual choice. Mr. Lay, 46, grew up in rural Ohio, where he received early training as a saxophonist and composed works for symphonic band and jazz orchestra. Notably among his professional concert music activities, he has worked in the commercial music field, which perhaps has given him a fresh musical perspective. The best aspect of “On the Playground,” a de facto 15-minute concerto for violin and string chamber orchestra, was its bracing musical language. Mr. Lay has a distinctive compositional voice.

The work, composed in 2000, was inspired, Mr. Lay has written, by observing his children. Its three movements are titled “Joyful Play,” “Yearning” and “Follow the Leader.” But you could have known none of this and still enjoyed the work as an impish riff on Neo-Classical contemporary music.

Its harmonic language is essentially tonal, harmonically tart and lucid. There are playfully modern musical touches, though, like the perky rhythms and jazzy chords spiked with bits of atonality. But what makes the music sound up-to-date and not like some pastiche comes from Mr. Lay’s penchant for fracturing phrases. Just when a spiraling melody dancing atop a jaunty rhythmic pattern takes off, it discombobulates into jagged bits and pieces. The work’s weakness, though, is its less sure sense of overall structure. Moment to moment you were engaged. But even at just 15 minutes, “On the Playground” seemed to run on. Still, Mr. Lay is a composer to watch for.

The violinist Cenovia Cummins, the Riverside Symphony’s concertmaster, played the flighty, skittish and difficult solo part with bright tone, nimble technique and lots of energy. She shaped the arching theme of the wistful second movement beautifully.

The performance of the string orchestra under Mr. Rothman, though vibrant, sounded as if it could have used one more rehearsal. The players were at their best in Three Pieces (1910) by the Prague-born composer Erwin Schulhoff, who in later years turned in radical directions. This work, though, is rather like a Czech homage to Grieg, yet very elegantly done. The concert ended with a spirited, though sometimes shaky, account of Dvorak’s deservedly popular “Serenade for Strings.”