Liquid sounds of a master soloist 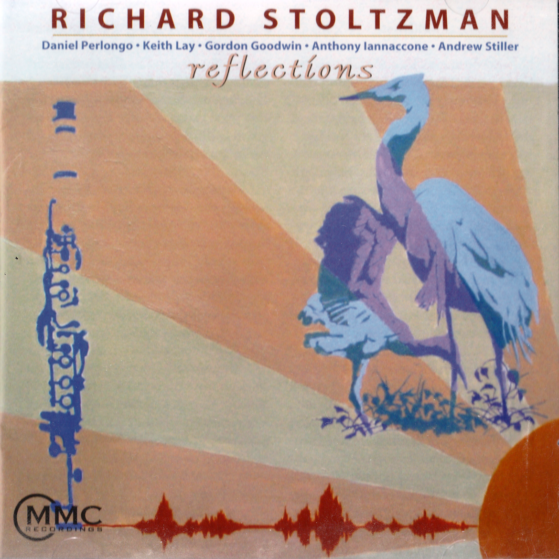 The Original 2005 Release of “Earth Caoine”

Any fear and trepidation that might normally surround an hour’s-worth of recent clarinet concertos by lesser known composers should be put aside. First, this collection offers the artistry of Richard Stoltzman, whose fluid range and flawless technique would make an hour’s worth of scales appealing; then there’s the music itself, an invigorating sample of mostly tonal music by American composers that leaves surprisingly strong impressions both individually and cumulatively.
Stylistically the most common musical tongue – unsurprisingly, given the instrument and the age of the composers – is jazz. From the percussive drive of Daniel James Perlongo’s Sunburst (1995) to the playful spontaneity of Gordon Goodwin’s Paraph (1996), Stoltzman and the Warsaw National PO face various post-Gershwin challenges in expressing the essence of jazz, rather than merely its stylistic surface, in symphonic terms. Coming between those cheerful extremes is Keith Lay’s unapologetically emotional Earth Caoine (1995), an extended cathartic wail of a piece essentially grieving for the environmental concerns of the planet. The remaining works, Anthony Iannoccone’s Concertante (1995) and Andrew Stiller’s Procrustean Concerto (1994), offer a few contrasts of their own, essentially pitting Iannaccone’s contrapuntal sense (which at its best is almost worthy of Hindemith) against Stiller’s visceral rhythmic excitement (at times sounding as if he’s channeling Stravinsky by way of Schnittke).
How all these pieces hold together, to say nothing of actually reinforcing each other’s strengths, owes a great deal to Stoltzman himself. Rather than merely showing off his brilliant technique, the clarinetist reaches deep within the music’s soul, becoming the aural focal point while largely disappearing into the piece itself. The spotlight is always properly focused, and never too bright, making it especially easy for listeners to find their way. Ken Smith
Return to "Earth Caoine (Earth Cry)"
{{list.tracks[currentTrack].track_title}}
{{list.tracks[currentTrack].album_title}}
{{classes.skipBackward}}
{{classes.skipForward}}
{{this.mediaPlayer.getPlaybackRate()}}X
{{ currentTime }}
{{ totalTime }}