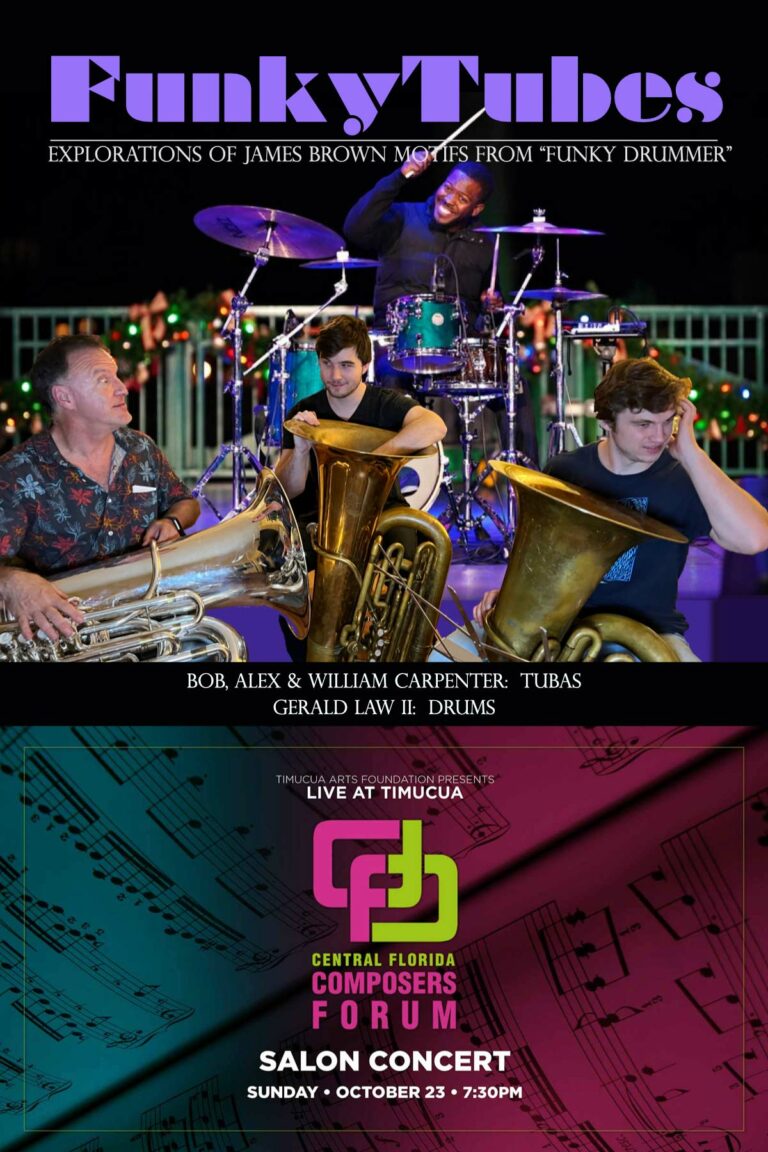 TICKETS (free, or donation to CF2)

To pay respect to James Brown, I cataloged the riffs in his 1972 “Funky Drummer” to create “Funky Tubes for Tuba Trio,” commissioned by the FMTNA, premiering at their convention in 2018.

I met Bob after hearing about his search into lost metallurgic processes that produced superior tubas in the 19th Century and his sons at “Distance Music at Lake Eola” playing monstrous instruments. As his first call for studio sessions, drummer Gerald Law came to my attention through producer Darren Schneider.

The extreme range of “Funky Tubes” is FIENDISHLY DIFFICULT, which just made the Carpenters love it more. I’ve rewritten it many times to make it easier, but they will have none of it! Because of their long wavelengths, tuba notes take longer to speak. I’ve added the immediate sound of the drums to help maintain the funk style’s necessary precision.