Fanfare Orlando, commissioned by the Orlando Philharmonic Orchestra for their Silver Jubilee 25th, expresses pride in Orlando, the City Beautiful. It is scored for an orchestral brass choir of three trumpets, four horns, 3 trombones, and tuba. Over time, variations of this fanfare have been created that adds an SATB chorus singing the lyrics “Orlando, The City Beautiful” and an expanded version for 20 brass.

The jubilant two-minute piece was commissioned by Maestro Eric Jacobsen to celebrate the 25th season of the Orlando Philharmonic in 2017 and composed that summer during our family’s week at our time-share on Ft. Meyers Beach.

In February 2022, the Orlando Philharmonic asked me to create an expanded version for their opening March 5th concert in the new world-class Steinmetz Hall, the orchestra’s new home, featuring Gil Shaham as a special guest. To make a real splash, we doubled the size of the brass section to include ten members of the Brass Band of Central Florida, a successful volunteer British Brass Band organization. The ensemble includes 4 cornets, 2 tenor horns, baritone, euphonium, and 3 tubas.

In two minutes, “Fanfare Orlando” presents two themes. The  first is an uplifting, sophisticated bugle call which is joined in counterpoint.

The second theme is a 3-note figure that imitates the three syllables of the word “Or -lan- do!”. As the work develops, the themes intertwine. 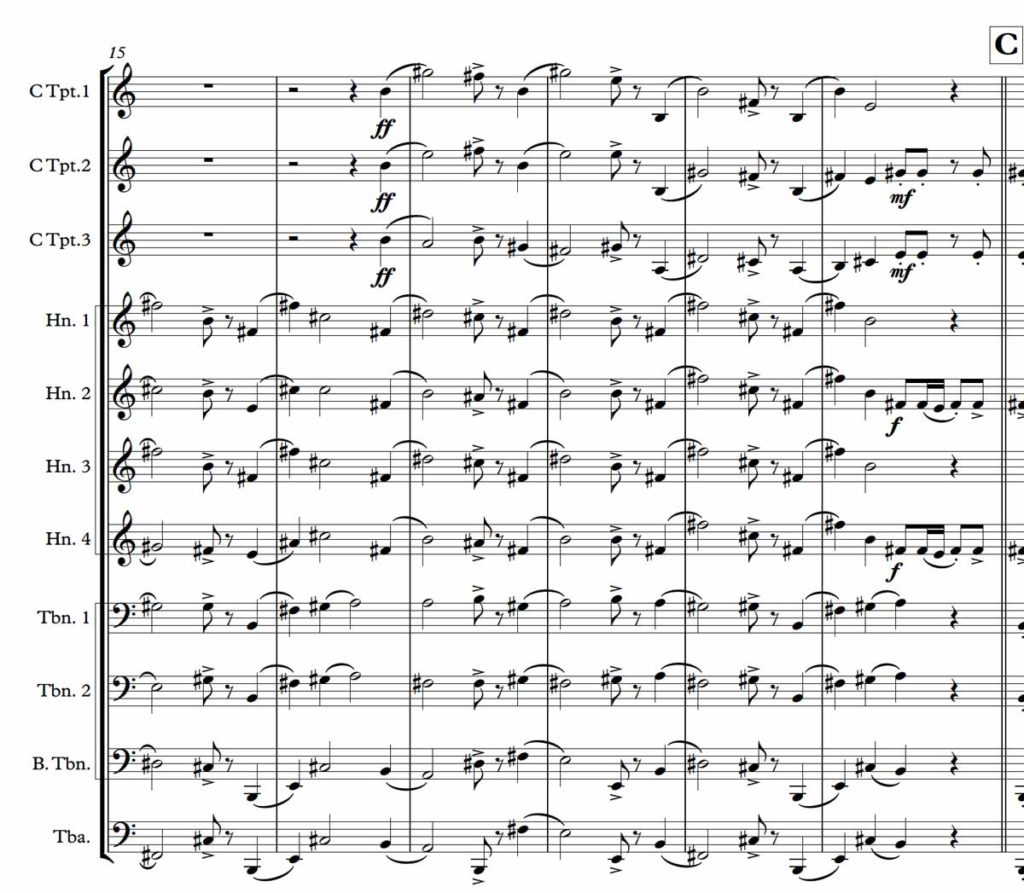